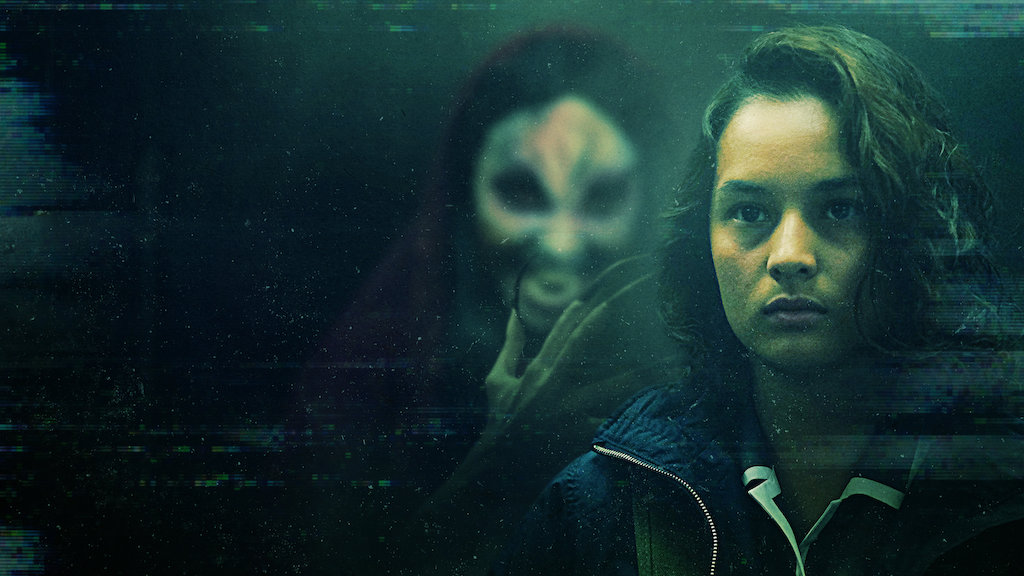 By gravity I don’t mean “dignity or sobriety of bearing,” which is somehow the 1a definition on merriam-webster.com. I mean weight and “a fundamental physical force that is responsible for interactions which occur because of mass between particles,” the 2 and 3a definitions, respectively. The fact that certain things are heavy. Human bodies, for instance. If one should begin to levitate due to supernatural forces, it should still look like gravity has some influence over it, not like it’s paper on the wind.

When Tina gets dragged across the ceiling, A Nightmare on Elm Street shows its respect for gravity. When the mother in the chair floats and flips upside down in The Conjuring, that film too shows it understands gravity. And May the Devil Take You understands and respects gravity. When one of its characters begins to leave her feet in defiance of natural laws, it looks for a moment like she’s growing impossibly taller instead of lifting off the floor. It’s a little thing, but sometimes the devil indeed is in the details, and those details can elevate a movie from decent to good, good to great, great to the “higher ranking superlative of your choice.”

On the negative side, the movie does have a couple of moments where it fails to understand impact. Even the sound effects in these particular “beating someone to death” scenes don’t suggest that the person or object doing the hitting is connecting with solid blows. This is especially disappointing coming from Timo Tjahjanto the director of The Night Comes for Us, an action movie so brutally hard-hitting people compared it to horror flicks. Elsewhere in the movie he delivers on impacts very well, just not in two very noticeable moments. They’re among the few drawbacks of the film.

Oh, I haven’t gotten into the story yet, have I? Well, that’s because, like many movies and books and other works of fiction, there isn’t much hope for the story here to be fresh. It’s a lotta bit Evil Dead and Drag Me to Hell, a little bit The Conjuring or Amityville or Insidious or about fifty other notable haunted house stories, and a little Ju-on or Ringu with its use of otherworldly, scary-hair, including a moment where the hair comes out of a character’s mouth and then attacks him, which seems to pay homage to both of those Japanese classics. The story is less important in this case than the acting and execution. The former is uniformly strong. The latter is largely good, sometimes stellar, with a few forgivable effects hiccups here and there.

At the end of the day, I’m susceptible to being a bit of a “moments” guy. You give me some good or great moments, then as long as you don’t completely botch the rest, I’ll at least like the movie. There’s a chance even I’ll love it. I’m somewhere in between liking (a lot) and loving May the Devil Take You, which delivers as least one flat out great scene (involving said respect for gravity), one great, unexpected gore-shock hallucination, several other good-to-really-good scenes and moments (hey, devil-lady, leave that kid alone!), and no true deal-breakers, aforementioned beating scenes and some questionable character decisions notwithstanding. I will definitely watch it again.

Hell, I might skip to the scene I love most to watch it back a few times right now.

Final Verdict: It’s good! It’s quite good. You should watch this bad boy.