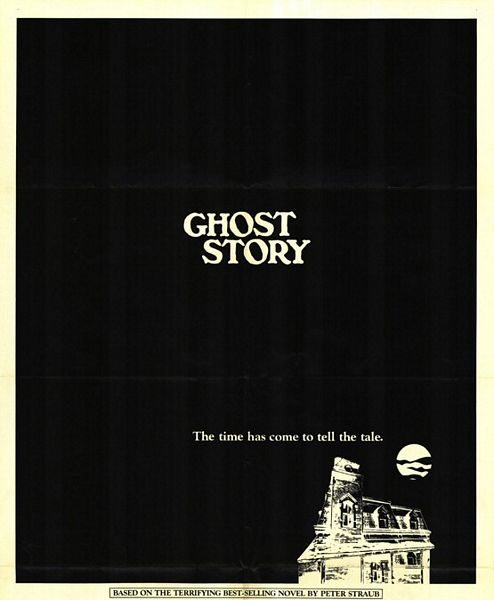 The film adaptation of Peter Straub’s novel is unsurprisingly simplified in comparison to its source material. While it has its moments, including a fairly well executed and suitably gruesome climactic reveal, and Alice Krige is pretty magnificent in it, it also has more than its share of corny scenes doomed by bad shot selection, or oversold acting, or questionable (even unnecessary) dialogue. There’s an opening scene featuring a man plummeting to his death that’s laughable even by 1981’s “We’re still sketchy on how best to execute believable falling scenes” standards. A later scene of someone falling off a bridge ends with the same clumsy impact seen when a character takes a dive in Les Miserables thirty-one years later. Apparently, in this one very, very specific area, we haven’t collectively learned much in the past three decades.

All of that out of the way, I’ve nonetheless always liked the trailer for Ghost Story. From the opening micro-monologue (which is one of the few elements that is even more effective in the movie than it is in the trailer), to every glimpse and hint it gives us of something horrific waiting to be seen, to the effectively mysterious tagline, it does a good job of selling the film.