That simpler, decidedly less metaphorical and less interesting title does reference the goings-on in the film, at least. A killer in a red rain coat is stabbing out an eyeball here and there while killing young American women during a bus tour of Spain. I imagine you’re already thinking, “Wait, during a bus tour? Do all of these killings take place over a short period of time on the bus somehow? Because as absurd as that would be, it would still be less ridiculous than if they were to continue the city-to-city tour after the first murder, much less after the second, third, and fourth.” Well, if you’re up for watching this movie, I hope you’re prepared to turn your brain and its reserve power off, because they do indeed continue the tour.

Even by giallo and slasher standards, the stupid decisions and contrivances needed to keep the characters in peril are inexcusable. Not only does the tour keep city-hopping despite everyone knowing within ten minutes that a killer is on the loose, but characters repeatedly isolate themselves or leave vulnerable party members alone. I’m not talking about oversimplified horror-victim-blaming, here. These aren’t, “Why don’t you just get out of the haunted house?” or “Why do they always fall when being chased?” scenarios. These are deliberate, casually reckless decisions that could only be excused if the characters were constantly saying, “Oh shit, that’s right, there’s a murderer following us. I keep forgetting that.”

Late in the movie, for instance, a father doesn’t think twice about letting his teenage daughter walk back to her hotel at night alone. For her part, the daughter detours from her walk to the hotel to stop for a swim, allowing the killer to stalk her with even greater ease. This isn’t even done for the sake of showing gratuitous skin–she’s wearing a two-piece that, compared to earlier nudity in the film, isn’t remotely scintillating. Instead it’s done for the same reason most other things are done in this movie: the filmmaking team didn’t want to think of anything more creative.

For some (count me among the “some”) all of this has potential to elevate the material into, “so silly it’s captivating” status. Make no mistake, it’s still not a good film. I generally don’t believe in a movie being “so bad it’s good,” but I do think something can be so baffling or ludicrous that it becomes increasingly watchable as you go along.

The film’s value is also bolstered by being exactly the sort of “whodunit” you’ll expect it to be if you’ve if you’ve seen your share of giallo flicks. Even if you haven’t, you’d still be able to tell fairly early on that this film is building to a wildly implausible, indefensible twist when it comes time to reveal the killer. Part of the fun is guessing how much of a cheat the revelation will be. Will it be someone who was barely in the film at all? Someone with a motive out of the leftmost part of the field? Will the killer need to have damn near been in two places at once during some earlier point in the movie, with no explanation as to how they pulled this off? How are they going to make the killer’s identity as unlikely as possible?

In this regard Red Cats in a Glass Maze does not disappoint. The killer manages to be one of the characters you’ve probably narrowed it down to by the end, while simultaneously being someone you couldn’t have guessed did it based on any actual clues provided.

All of that said, the film isn’t entirely flawed. Umberto Lenzi is a solid director, so the film is competently executed, even if it feels unmotivated. And it manages to subvert expectations regarding two characters, at least. The police detective who’s one week away from retirement not only survives, he never even comes close to being in danger. And the lone black woman not only doesn’t die, she survives multiple encounters with the killer and is there at the end when the killer gets put down. Did I mention she’s also a lesbian? All of that is important to remember: next time some Cro-Magnon whines about “PC” or “woke” elements in a modern horror flick, tell them that the decidedly non-“SJW” Italian director of Cannibal Ferox also made a 70’s proto-slasher with a black lesbian “final girl.”

Final Verdict: One to see if you’re a giallo fan, mostly for chuckles, while most other people can skip it. 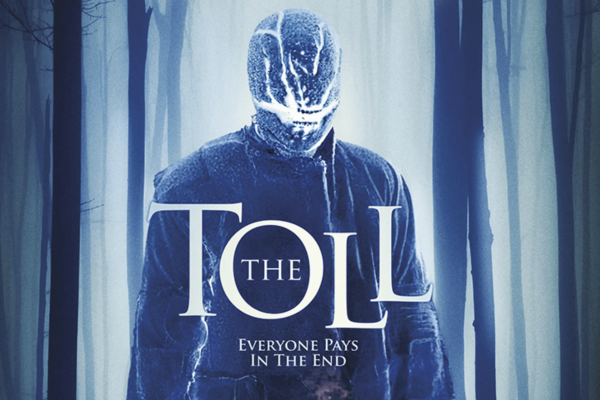