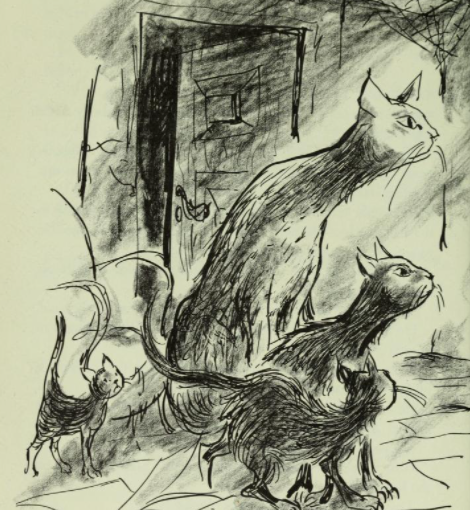 Back in 2011 I wrote about my history with and love for the Scary Stories to Tell in the Dark series. One thing I’ve enjoyed about the stories I read in my childhood is encountering their origins or earlier versions through the years. Now, as part of my never-ending quest on this site to start new things that I rarely revisit or see through satisfactorily, I’m going to start a series of posts focused on the light history and evolution of some classic scary stories. Starting with the joke story, “Wait ’til Martin Comes.” READ MORE 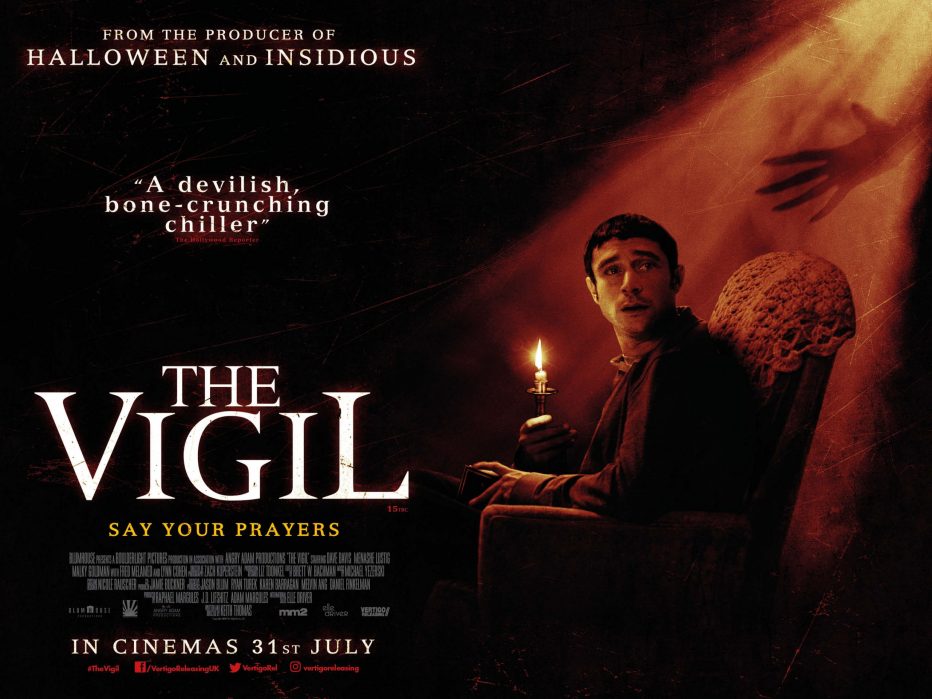 I can’t write this review without quasi-spoiling something about this movie–a moment that I really enjoyed, a moment that I’m a sucker for–so consider this fair warning.

When done well, few things in horror get to me quite like the moment when someone does or says something to menacingly reveal that they’re some kind of impostor. One of my favorite horror stories in any medium in recent years, the French series Marianne, deployed this effectively more than once.

The Vigil pulls this off a few times as well, but one particular instance stands out from the rest. In fact, one of the few flaws I’d say this film has is that it goes back to the well with this trick one too many times, in a moment where it’s a little too obvious what will happen. That being said, it’s more about execution than predictability when it comes to these things. My favorite instance of the impostor revealing themselves in The Vigil was also something I saw coming well ahead of time, but in that case it just made me feel even more excited and scared about what was to come. To the extent that it made me turn the lamp on in my bedroom. I can’t remember the last time before this that a movie or book or anything made me flip a light switch. READ MORE 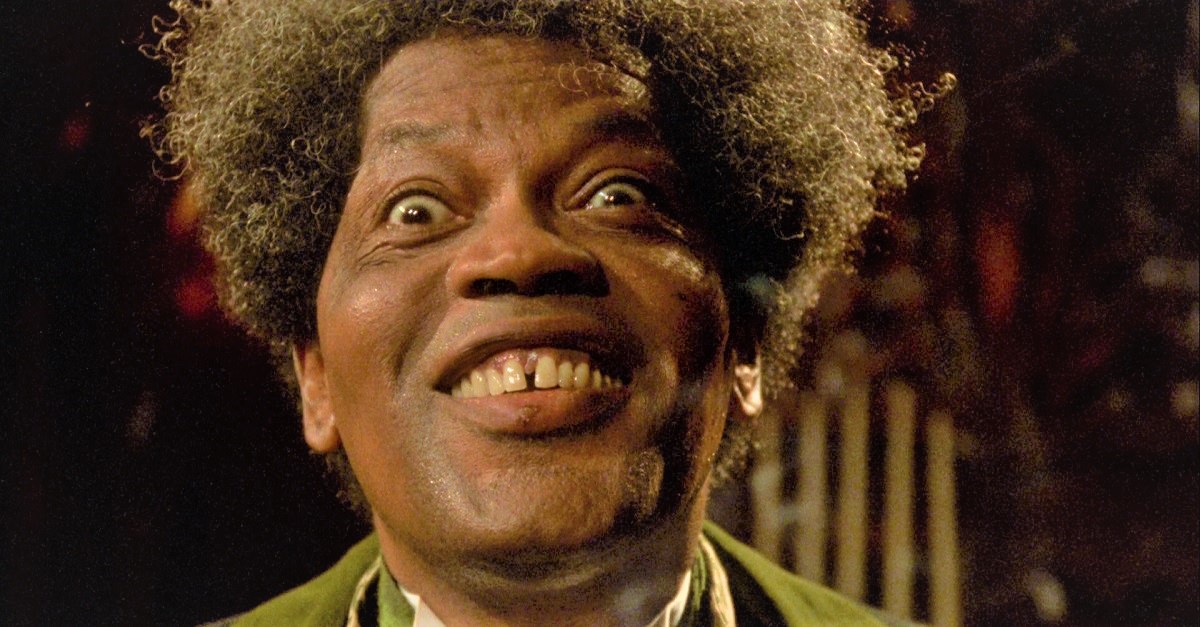 Clarence Williams III was memorable in a lot of film and television roles, and almost certainly had his biggest impact as part of the original Mod Squad, which was before my time, but was a significant and even game-changing show in its day, and had enough cultural cache to earn a (not very good) film adaptation a quarter-century after its last episode aired. In short, he’s known for much more than just the time he played the Devil in the once-upon-a-time-underrated Tales From the Hood (which has gained more attention and praise over time, resulting in the recent Tales 3, which I liked and reviewed here). But I’m a horror author who’s loved frightening stories since I was a kid. So, upon hearing of Mr. Williams’ passing at 81-years-old, I first thought not just of his depiction of a Hollywood Devil, but one of the best depictions of Hollywood Devil of all time. READ MORE

In Joe Hill’s excellent Heart-Shaped Box, there is a small side story about a little girl that once went missing. A ghostly reenactment of what happened to her is witnessed by the main character, Judas Coyne. It isn’t terribly consequential to the story overall, but is nonetheless chilling and impactful. I’m a bit of a sucker for moments like this.

The Japanese film The Vampire Doll has such a moment, in which a doctor tells a ghost story that lasts a little over a minute. It’s about as brief of a detour as an already short movie ought to allow, but it’s surprisingly memorable and effective despite–or maybe because of–how short and matter of fact it is. The doctor uses the story–his experience, really–to explain why he, “a man of science,” is open to the existence of the supernatural. It also influences another character, Hiroshi, to reconsider his skepticism regarding fiancée’s claim that she (Keiko) actually saw someone who was supposed to be dead. Honestly, even if it served no purpose at all, I wouldn’t mind. In fact, I wish more stories could take a quick moment to tell us about other horrors and eerie mysteries within their universe beyond the one that is the focus of the plot. READ MORE

There is a book by John Hornor Jacobs called Southern Gods that doesn’t really have anything to do with the movie I’m reviewing here, but it’s a book I think of often, because I was drawn to it by a review that graded it a “B.” A decent grade. Solid. Right at the edge of good. The thing is, this “grade” wasn’t nearly as interesting as the review itself, which in turn made the book seem a lot more interesting, which is why I picked it up despite what some might consider a “lukewarm” score. It’s a book that I actually quite like, despite feeling a little bit let down in the later stages when it departed from a path I wanted to continue on. READ MORE 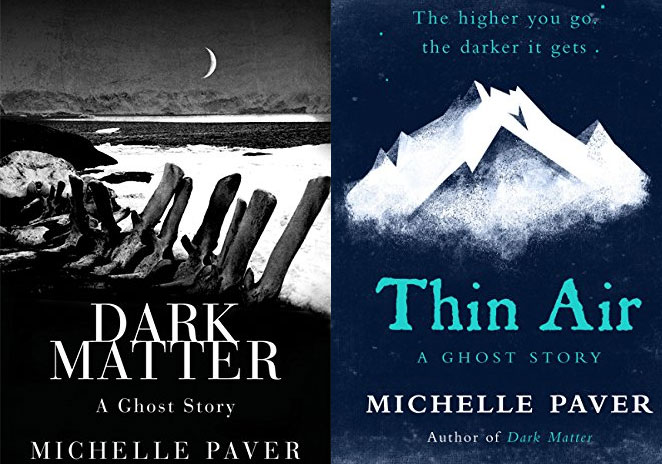 On her official page, Michelle Paver is described first as simply “A Creator of Legends,” and whoever wrote that “ain’t never lied,” as the folks say. I haven’t read any of her fantasy works. I’ve only read two of her novels in fact, but they’re two of the best ghost stories I’ve ever read. This is especially remarkable as they are so similar. You might think the latter story might be less effective for being so close to the first. No, it’s still excellent, and both novels pull together something that feels like a legend. Classic, timeless lore befitting Lord Halifax’s Ghost Book. READ MORE

Published by Johnny Compton on November 1, 2020

Mark Tonderai’s Spell is missing something, and I don’t mean something intangible, I mean actual parts of the film must be missing. I’m convinced of this, and not just based on certain moments from the trailer not making it to the finished product. Plenty of movies have “missing trailer scenes.” Not many movies feel like they’re missing significant chunks of their own story, however. It’s unfortunate, too, because up until the movie’s missing pieces become too apparent to ignore, Spell was working some fine dark magic. READ MORE 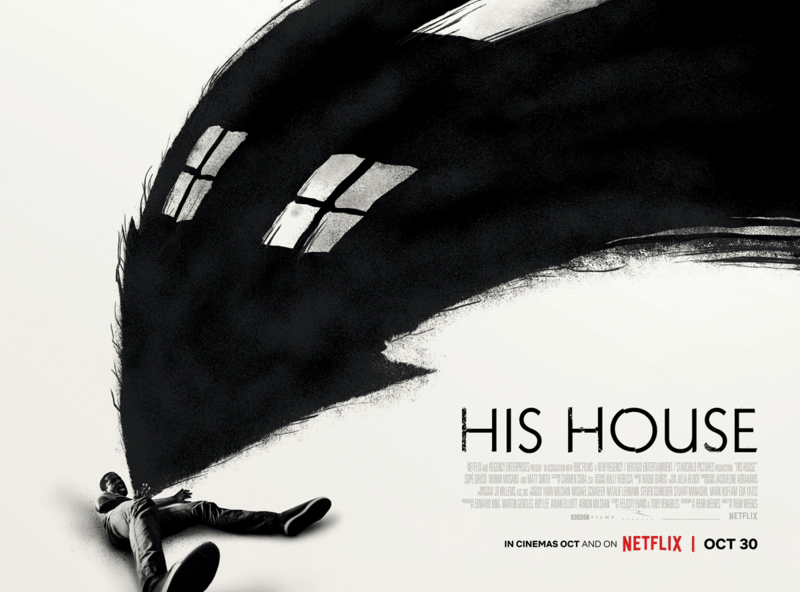 Published by Johnny Compton on October 31, 2020

His House is the best horror film I’ve seen this year. It might be the best horror film–or film period–I’ve seen in two or three years, or five. It is what happens when “prestige horror” meets relentless, capital-H Horror. It contains stellar dramatic acting and characters you want the best for and feel afraid for. It has slick, clever scares as well as more aggressive, terrifying imagery. It has shadows you might miss if you blink and full-on assaults from the decaying dead. It has manmade terrors and supernatural ones. It contains secrets and mysteries both ordinary and extraordinary. It tells a story that could be told without supernatural elements; it contains supernatural elements the enhance an already compelling story. READ MORE

Published by Johnny Compton on September 15, 2020